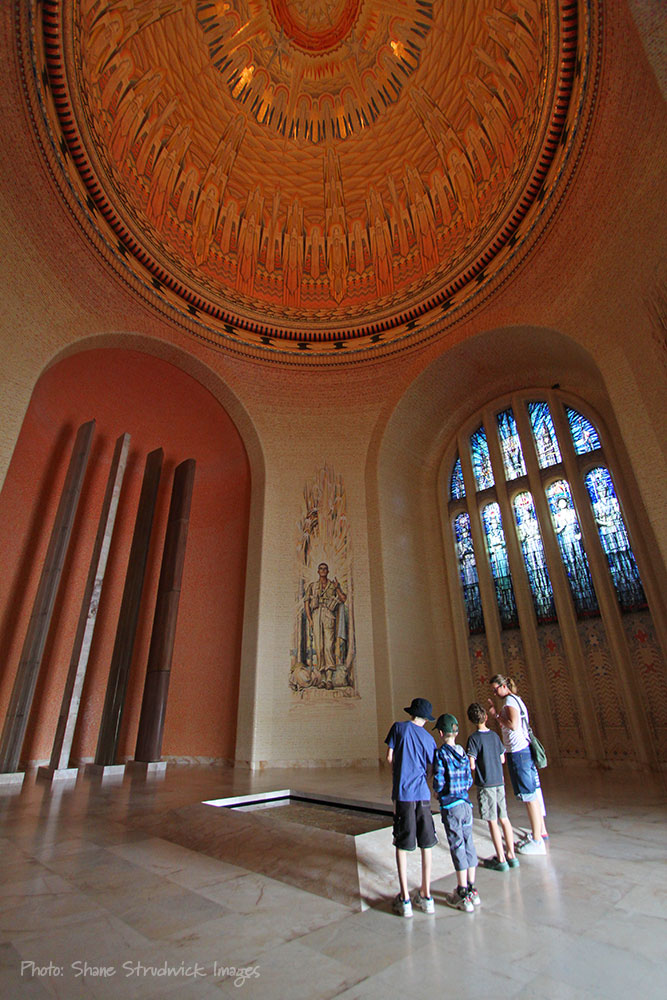 After lying in state in King’s Hall in Old Parliament House, Unknown Australian Soldier was interred in the Hall of Memory at the Memorial on 11 November 1993. He was buried with a bayonet and a sprig of wattle in a Tasmanian blackwood coffin, and soil from the Pozières battlefield was scattered in his tomb. 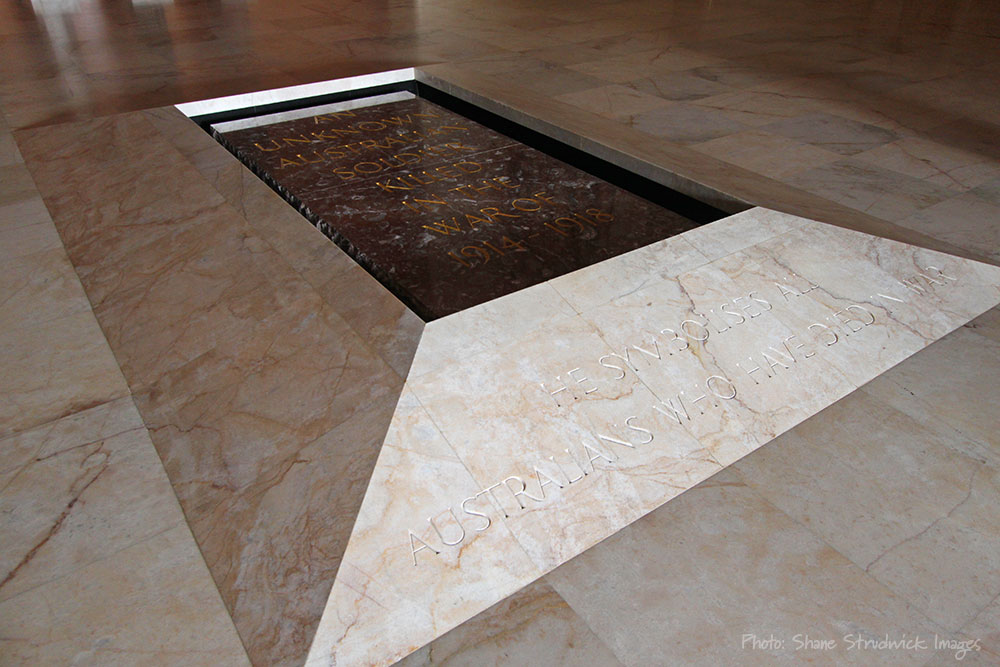